← more from
TRPTK
Get fresh music recommendations delivered to your inbox every Friday.
We've updated our Terms of Use. You can review the changes here.

The Scent of Persia 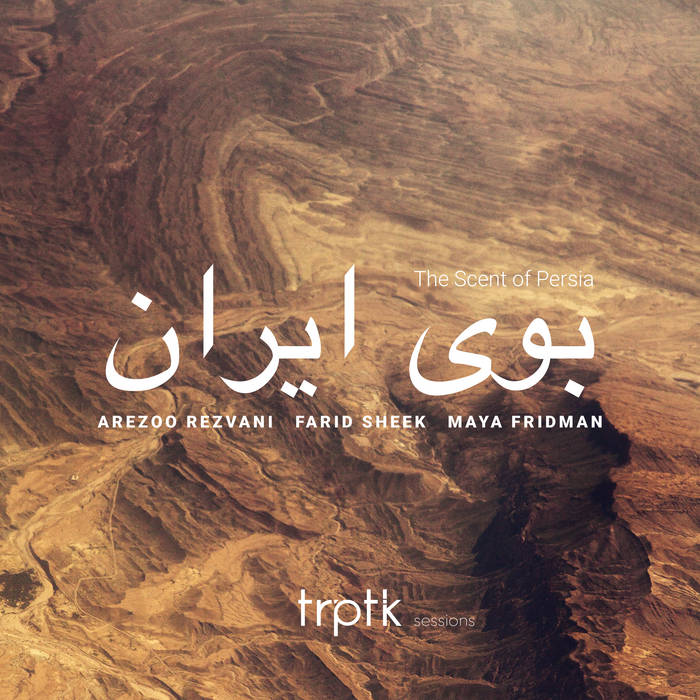 Each season of the year brings with it a feeling of nostalgia and separation. Fasle Deltangi is something that comes back every year and overtake us with these feelings. With this music, we try to bring forth these emotions.

Khazan means “Autumn” in Persian. Khazan symbolizes the beauty and dreamy colors of the season, which are played on the Persian santoor, the daf, and the cello.

Shur (Dastgāh-e Šur) is one of the seven “Dastgah” in traditional Persian music, and maybe the most important one. Dastgah is a system of modes, like scales in Western music. Many pieces of folk music from all around Persia use Shur or a related mode.

Each season of the year brings with it a feeling of nostalgia and separation. Fasle Deltangi is something that comes back every year and overtake us with these feelings. With this music, we try to bring forth these emotions.

The santoor is an Indo-Persian instrument with a rich cultural history. The oldest predecessor of the santoor was played in Mesopotamia (the current Iraq and north-east of Syria) between 1600 and 911 BC. In its history, the santoor and its family of instruments were also named “Shatha Tantri Veena” in ancient Sanskrit, meaning “100-string Vina”. Nowadays, the santoor is not just a traditional instrument in the cities of Jammu and Kashmir but is also the national instrument of Iran. In Kashmir, the santoor was used to accompany folk music, but also Sufi hymns. The instrument is made of walnut or maple and has a characteristic shape that slightly differs between the Persian and the Indian variant. The Persian santoor has 72 strings and a trapezoid body. The Indian santoor has a more rectangular body and sometimes more strings. In this EP, Arezoo Rezvani plays the Persian santoor.

The Daf is a frame drum from the Middle-East, that was used in popular and classical Middle-Eastern music. Daf means “to hit” in Hebrew. The instrument is made from hardwood with many metal ringlets. The membrane is usually made from fish skin, but sometimes also from that of the cow, goat, or horse. The daf belongs to one of the oldest and most influential Persian/Kurdish percussion instruments and usually accompanies the tanbur, violin, oud, saz, or singers. The oldest predecessor of the daf goes back to the dynasty of the Sassanides in Iran, long before the rise of Islam in the area. It is used in many different cultures and regions for different reasons. Some cultures use it in religious music, whereas others play the daf on festive occasions or in times of mourning.

Bandcamp Daily  your guide to the world of Bandcamp

Quelle Chris joins the show to discuss his most recent release, "DEATHFAME"